The Rural Airstrip Agency implementation plan in Western Province is being effectively delivered with 39 rural airstrips being surveyed in a week, ten rural airstrips successfully restored and another 9 airstrips will be restored in April within the North, Middle and South Fly Electorates.

RAA Chief Surveyor/Geologist Charlie Ikosi said RAA conducted a one week survey trip within the Mougulu and surrounding areas. The information gathered is important in delegating restoration work to airstrips that need maintenance work the most.

The team also re-opened the Suki airstrip after being closed temporarily for having tall grass. The team had the grass cut short and ant hills/ mounds removed, before checking the surface and associated airstrip requirements before giving them all clear.

RAA is engaged by the Western Province Government and the PNG SDP to restore 33 rural airstrips in PNG’s largest province.

RAA CEO John Bromley said the RAA work team in the field, led by Charlie Ikosi are doing an excellent job to restore these airstrips for the benefit of the people of Western Province.

Photo 1: RAA Airstrip Surveyor Charlie Ikosi starting up the survey drone at Honinabi airstrip before as a storm is building up as seen towards the right of the image

Photo 2: Overlooking Nomad River airstrip. Team managed to land to perform the survey but is now closed due to boggy surface and tall grass.

Photo 3: Drone image overlooking Yehebi Airstrip. It was one of the 20 airstrips visited by the RAA survey team 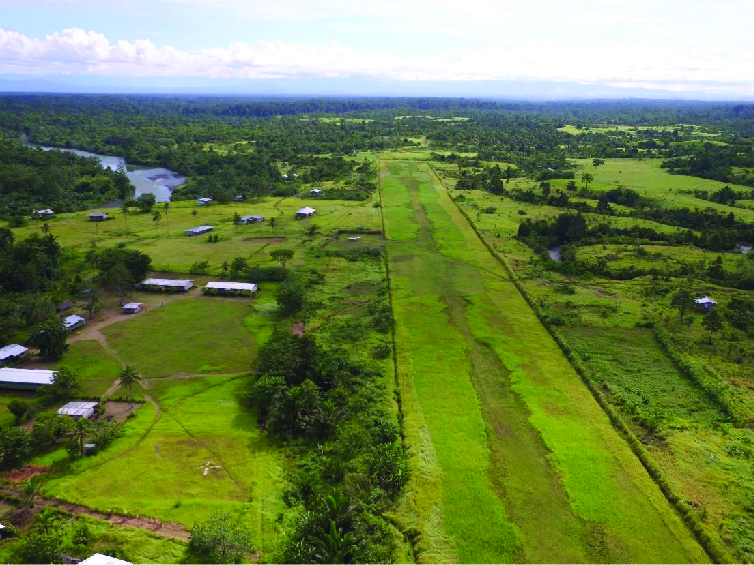