Rural Airstrip Agency has an Audit, Risk and Compliance Committee 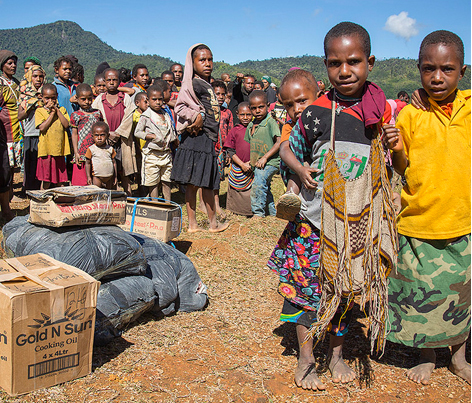 To seek and manage funds in order to, facilitate and conduct maintenance and restoration of rural airstrips in Papua New Guinea.

RAA is enabled by the National Government as per NEC Decision 326/2013, to carry out its mandate.

The National Government recognises the importance of rural airstrips in the country that provide access to 80 percent of the rural population.

These airstrips are often the only major link between rural populations and essential Government services such as health, education, community development, and access to commercial markets for cash crops.

However the majority of these routes are not economically viable and as such, they have suffered. Out of the 800 rural airstrips established during the colonial period, only 300 are useable.

Rural Airstrips Agency Ltd was established with the sole purpose of facilitating and conducting maintenance and restoration of rural airstrips in PNG. The RAA is a private-public partnership initiative between the Papua New Guinea Government and the Mission Aviation Fellowship organisation of PNG.

The recommendation to establish RAA is based on the outcomes at CIMC Rural Development Forum on March 2013 in Goroka.

An MOA was signed between the PNG Government and MAF on October 2013.

RAA was than registered as a non-profit company.

RAA was than enabled by the National Government as per NEC Decision 326/2013, to carry out its mandate.

To improve and maintain air safety and security and increase air transport services throughout the country, especially into rural areas and increase the capacity of international airports to meet emerging demands. Also the Medium Term Development Plan 2 (2016-2017) targets to rehabilitate 20 unused airstrips to basic safety level by the end of 2017.

The project includes the District and Provincial Plans for rural airstrips who priorite the airstrips in their areas to be maintained or restored. Most rural communities are remotely isolated and the only way of getting out and in is through the airstrips.

The project implements the National Transport Strategy (NTS). The NTS aims for a three-to-four-fold increase in domestic air traffic by 2030; this includes rehabilitating 50 small rural airstrips to basic safety levels prioritised by economic viability and need.